What’s Extradition and How Does it Work?

When a person commits a crime in another state or country and flees to another location to escape trial and punishment, they are still at risk (in most cases) of being caught and sent back to the state of the crime for legal proceedings.

This process is called extradition.  It can be a very gray area when it comes to fighting it and getting a bail bond for your crimes.

Let’s examine extradition, how the process works in the United States and when you’d be eligible for a bail bond.

Extradition is a federal law regulated by every state in the United States. Extradition is best known as an agreement between countries that allows offenders to be transferred back to the state where they are intended to be prosecuted.

International extradition is tricky because not every nation follows the practice, and the crime involved must be illegal in both countries.

However, the lines are far less blurred regarding interstate extradition. If a person commits a crime and flees to another state, the Constitution says that upon demand of another state, the harboring state must deliver the fugitive to the state from which they fled.

What Types of Crimes are Extraditable?

Extraditable crimes in the United States include the following felonies:

Does Every State Have Extradition?

When it comes to interstate extradition, if the law in another state finds a fugitive charged from another state with treason, a felony, or other crime, upon demands from the executive Authority of the State from which the person fled, they must be delivered back to the state where they committed the crime.

If both state governors agree to extradition, a hearing is held where the extradition is approved or denied.

Under the Uniform Criminal Extradition Act, all states will extradite a fugitive to another state for felony crimes. However, as of 2010, Florida, Hawaii, and Alaska will not extradite for misdemeanors a person committed in another state. 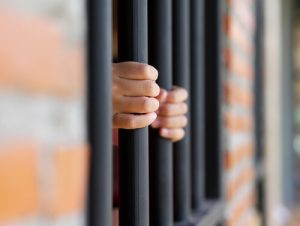 Can You Get a Bail Bond if You’ve Been Extradited?

Finally, what are your odds of getting a bail bond if you are extradited? Every offender wants the opportunity to build their case with their lawyer outside of a jail cell. Let’s review some key points about extradition and bail bonds.

If Granted Bail, Secure a Bail Bond at Bubba’s

International extradition is something most civilians rarely face; however, if you or a loved one were extradited between states, you could be eligible for a bail bond.

If so, you need a Dallas bondsman that can help you work through the bail bond process and give you the time to prepare your case for important hearings.

Make 1st Call Bail Bonds your first call. We are open 24/7 and can assist with any bail of any cost. Contact us today to start the bail bond application process.

Should You Put Up Collateral Besides Cash for a Bail Bond?Uncategorized

Off-Campus Arrest in Fort Worth, TexasFort Worth Bail Bonds, Uncategorized